A step forward in power generation 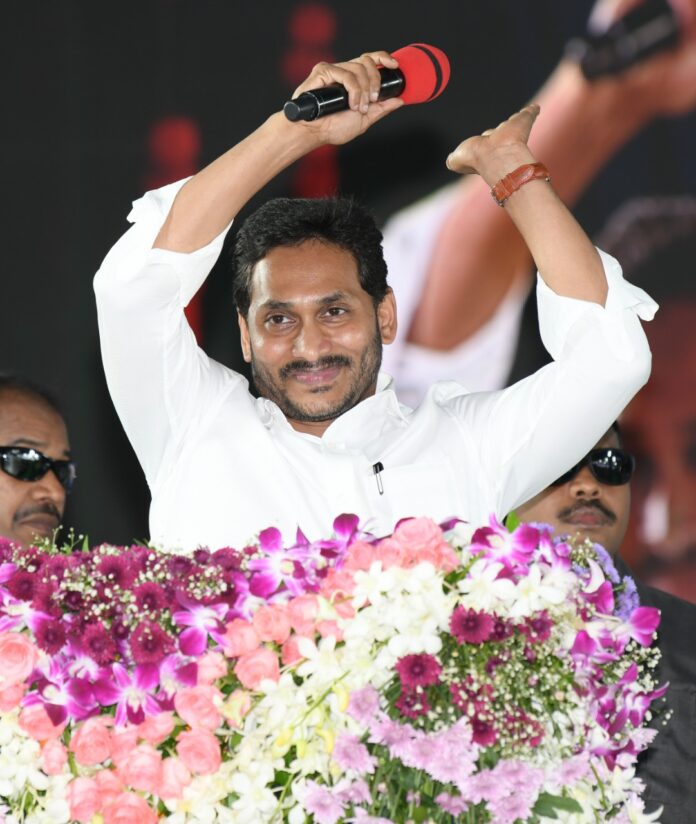 Says YS Jagan at Nelaturu meeting
CM dedicates SDSTP third unit to the nation
Nelaturu (SPS Nellore Dist), Oct 27: Chief Minister Y.S. Jagan Mohan Reddy on Thursday dedicated to the nation the third unit of the Sri Damodaram Sanjeevaiah Thermal Power Station (SDSTP) at Nelaturu that would supply 19 million units of power to the AP Grid daily.
Addressing a huge public meeting here on the occasion, the Chief Minister described it as a step forward in power generation in the state and said he was blessed to dedicate to the nation the 800 MW unit for which foundation stone was laid by his father-late Chief Minister Y.S. Rajasekhara Reddy in 2008.

Thanking the farmers profusely for sacrificing their lands for the thermal power station and the Krishna Patnam port, he distributed compensation to the tune of Rs. 35.74 crore to 16, 128 farmer-families by pressing the button and facilitating direct transfer of funds to their bank accounts.

Referring to the long wait of farmers who sacrificed their lands, the Chief Minister said that the TDP regime subjected them to plethora of difficulties while paying even Rs.14,000 each to 3500 farmers. Besides paying them the balance amount, his government is only pleased to pay full compensation to the remaining 12787 farmer-families taking their total number to16, 128.

The Chief Minister said that while 326 families were already provided employment, orders were issued to provide employment to another 150 families in second phase before November end.

He said the 800 MW unit, an extension of the existing two units, was built with Super Critical Technology (SCT) by the APGENCO, the first of is kind in the country and would help in less consumption of coal besides contributing to the lessening of pollution.

He further said that the dedicated unit, for which Rs. 3200 crore was allotted after YSRCP came to power, would cater to the increasing demands of energy in housing, commercial and industrial sectors besides suppling power to the agricultural sector to meet the 9-hour free supply of power daily.

While 45 per cent of the energy demand in the state is being met by APGENCO-generated power, the third unit will supply 19 million units of power to the AP Grid daily.

Earlier, he also laid the foundation stone for a fishing jetti at Nelaturu village that would be constructed with a cost of Rs. 25 crores to facilitate the docking of 450 fishing boats.

In response to the appeal made by the Minister for Agriculture and Cooperation Kakani Govardhana Reddy earlier, the Chief Minister sanctioned Rs.21. 40 crores for developmental works in Sarvepalli constituency.