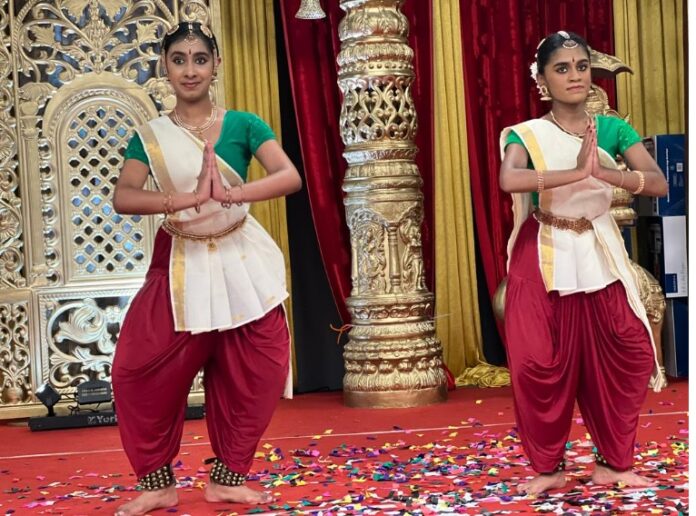 Canada experienced Indian festival
(Dr. Shankar Chatterjee)
Canada is a popular name for Indians as many Indians are living there. For the benefit of readers, it may be mentioned that Canada is situated in North America with its ten provinces and three territories extending from the Atlantic Ocean to the Pacific Ocean and northward into the Arctic Ocean. It is spread over an area of 9.98 million square kilometres, making it the world’s second-largest country by total area. The statistics reveal between 2000 and 2019, the number of registered Indians in Canada increased from 670, 000 to more than ten lakhs. It has to be admitted that wherever Indians live some celebrations are part of their life and even abroad celebrations will take place which I had also observed.

Some important celebrations abroad are Durga Puja/Navaratri, Diwali, Ganesh Chaturthi etc. In this article, the Diwali celebrations in Toronto held in 2022 are presented so that readers can get an idea in this regard. The Diwali celebration was organised in Toronto, Canada by Birchmount Friends Club (BFC), which was held on 22nd October 2022 at Canada Kandasamy Temple.

In this programme a little more than 120 volunteers, more than 170 stage performers and around 1500 visitors participated. It is heartening to note that the local Councillor of Toronto City, Mr Gerry Crawford and his wife attended the function as the chief guest and special guest respectively. Both delivered inspiring speeches and greeted all on the occasion of Diwali for which Indians were blissed. As a part of the celebration, cultural programmes were organised also different types of foods were served.

The food items were mainly Andhra cuisine where 14 items were served during dinner along with snacks and starters. Everyone enjoyed the sumptuous food. The cultural programmes were meticulously organized and all performed brilliantly. It is pertinent to mention that cultural programmes were in different Indian languages i.e., different states such as Telugu, Hindi, Tamil, Kannada, Malayalam, Marathi and Odiya. Later on, fireworks took place.

The Indians who were present in the programme were delighted as abroad all delighted to see a mini-India. In addition, bonding between Indians and Canadians took place which is good for the future. The volunteers of the Birchmount Friends Club (BFC) core committee who deserves special thanks for their initiative are: Jagapathi Rayala, Surya Kondeti, Pratap Bollavarm, Vishnu Vangala, Ramesh Tumpara, Srikanth Bandlamudi, Murthy Varanasi, Narasimha Reddy, Sardar Khan, Rama Subba Reddy. Sridhar Nimmagadda and Gogi coordinated the cultural event and kept the audience joyous so that each and every event became sublime. The programme was organised in collaboration with the Mission of Mother (MOM).

The founding member of BFC Jagapathi Rayala informed that this was the major Diwali celebration in the recent history of Canada and Indians living there have the plan to celebrate more Indian festivals to depict Indian traditions and culture. The co-founder of BFC Surya Kondeti offered a vote of thanks to all in general and more than 120 volunteers in particular who spent sleepless nights and did hard work in organizing the celebration.

The author expresses a deep sense of gratitude to Jagapathi Rayala (a resident of Libdoam villa, Perancharuvu, Bandlaguda Jagir Hyderabad who is presently in Toronto, Canada) for providing the inputs to write the article.
(The author is a former Professor & Head (CPME), NIRD & PR (Govt. of India), Hyderabad)

Village Clinics should be ready by Ugadi: CM