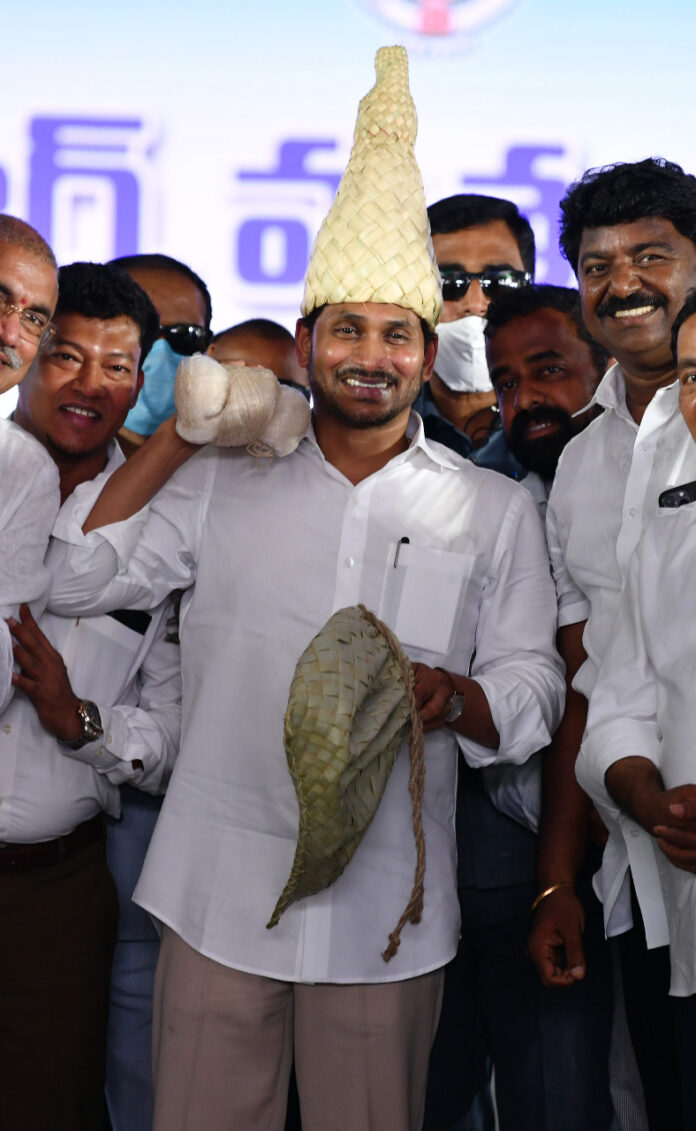 Speaking on the occasion, the Chief Minister said that the programme was initiated to support the fishermen who were struggling for livelihood during the lean period from mid-April to mid-June. He stated that the government had spent Rs 419 crore in Matsyakara Bharosa benefitting thousands of families in the last 35 months.

Recalling the plight of fishermen during TDP regime, he said that the previous government had compensated only 12178 families by paying Rs 2000 to each during 2014-15.

Ahead of the 2019 polls, the compensation was increased to Rs 4000 and was given to 80,000 beneficiaries, he said, adding that Matsyakara Bharosa was launched in 2019 increasing the financial assistance from Rs 4000 to Rs 10,000, and the State government had spent around Rs 419 crore alone on this scheme, while the previous government had spent only Rs 104 crore in their five-year rule.

In addition to this scheme, the Chief Minister also credited Rs 108 crore into the accounts of 23,458 fishermen families in 69 villages in Kakinada and Konaseema districts who lost their livelihood for four months due to ONGC pipeline drilling. He stated that the previous government abandoned 14824 families who lost their livelihood for seven long months during GSPC pipeline works, whereas the current government stood by them and compensated with Rs 70 crore.

With the welfare of fishermen being the priority, the Chief Minister said the government had increased the fuel subsidy from Rs 6 to Rs 9 per litre which can be redeemed instantly at the recognized petrol bunks, and stated that smart cards have been provided to the fishermen for availing subsidy.

In case of accidental death, the State government enhanced the ex gratia from Rs 5 lakh to Rs 10 lakh to support the bereaved family in the hard times and so far 116 fishermen families have availed the assistance.

Further, to create more opportunities for the fishermen here in the State rather than going to other states in search of livelihood and risking their lives, the Chief Minister said that nine new fishing harbours and four fish landing centres are being established at a cost of Rs 4000 crore. Under the Fish Andhra initiative, 76 aqua hubs, 14000 retail outlets are being set up at a cost of Rs 333 crore.

Further, the Chief Minister said that YSRCP MLAs and public representatives have started going door-to-door to convey the welfare schemes, and the promises fulfilled by the government in the last 35 months.

He said that the opposition is unable to digest the good initiatives launched by the government and thus conspiring to defame and mislead people.

‘If there is any health disorder we can treat it under Aarogyasri, but only God can treat those suffering with jealousy the Chief Minister said adding that no one might witness such an opposition leader who objects to arresting the culprits in question paper leaks and ESI scam.

He said that Chandrababu Naidu with 40 years of political experience only trusts his son and Jana Sena leader Pawan Kalyan rather than gaining people’s trust. He opined that Naidu who couldn’t build his own house in Kuppam for the last 27 years, is now rushing to build one seeing the good governance of YSRCP.

Recalling the hurdles created by TDP leaders in the distribution of house sites, and implementing English Medium in schools, he said that these people can be called as anti-nationals.

‘Although they have good eyesight, they couldn’t see the good initiatives being implemented by the government and God must save us from them.’ he added.