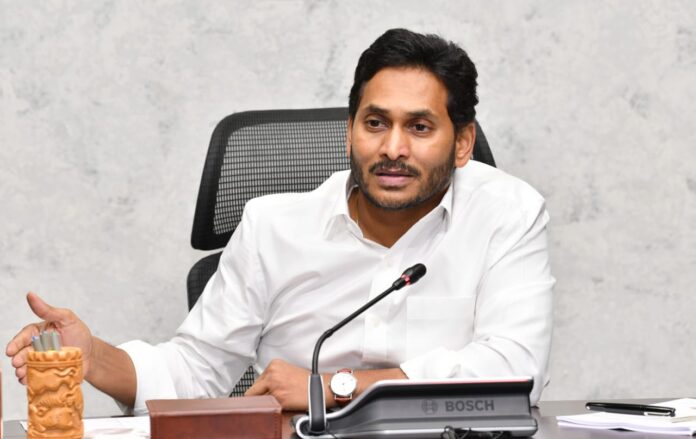 Amaravati, Nov 3: Chief Minister Y.S. Jagan Mohan Reddy directed the School Education Department officials to consider the investment in the education sector as the biggest investment on human resources development and hence, officials should not compromise on the implementation of reforms that would help improve literacy and eradication of poverty.
During the review meeting on School Education held here on Thursday, the Chief Minister told them to implement the subject-teacher concept more effectively. He said that the reforms helped the number of students grow up to 42 lakhs now from 37 lakhs in 2018-19. Of the total number of 45,000 Government schools, Nadu-Nedu scheme has been already implemented in 15000 schools while another 22,000 schools will implement it this year with the rest of the schools implementing it next year.

Emphasizing that complete digitalization of every classroom is the last part of the Nadu-Nedu programme, he asked the officials to accord high priority to implement Gorumudda, SMF and TMF while taking steps to get CBSE affiliation for all schools implementing Nadu-Nedu programme. He directed them to pay special attention in training students who will take CBSE tests in 2024-25.

Faulting the stories in a section of media that the Government has not yet handed over text books and the Vidya Kanuka kits to the students even after the second semester began, the Chief Minister said the anti-Government media has been resorting to false hood to trouble the Government knowing full well that the second semester will begin in December. He said the news stories are aimed at troubling him and the government politically.
The Chief Minister congratulated the department for its efforts in getting a place in the seven states and Union Territories (UTs) in the Performance Grading Index (PGI) for school education for the year 2020-21 released by the Department of School Education and Literacy, Ministry of Education, Government of India.