Common people who have made uncommon contribution 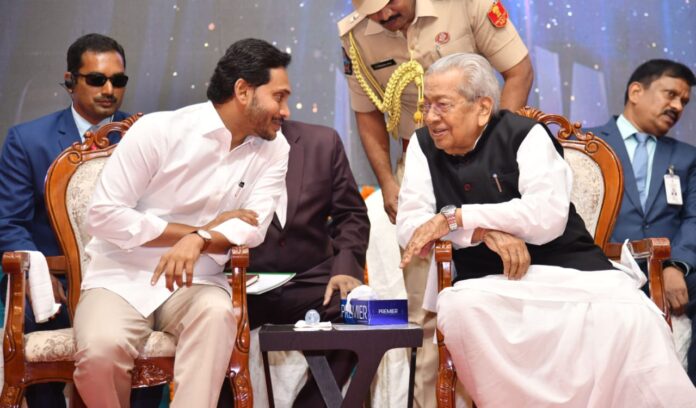 Congratulating the recipients, Chief Minister Y.S. Jagan Mohan Reddy said the awards are being presented to eminent organizations and individuals who worked and are still working selflessly for the upliftment of the society in various spheres.

The Chief Minister said, the awards are in recognition of the services of famers who are sweating their blood, ambassadors of the Telugu culture who have been working for decades for strengthening it, police warriors who are working for the safety of women, for the social activists and media personalities who are waging a war against the poverty and oppression, for the doctors who have earned international reputation in medical field and industrialists who have reached great heights through sheer hard work.

He said all the recipients are common people who have made uncommon contribution for the growth and betterment of the society with their humanistic approach.

He further said that the awards are instituted in memory of his father and former Chief Minister Dr Y.S Rajashekara Reddy who pursued pro-farmer and pro-poor policies and who brought in revolutionary changes in the society working for social justice and development of all regions.

The presentation of the awards is only a gesture to convey the message that the Government will continue to support the organisations and individuals who will work for the progress of the society in various fields.

Congratulating the recipients, Governor Biswabhusan Harichandan said the awards, instituted in memory of the late Chief Minister Y.S. Rajasekhara Reddy who earned a permanent place in the hearts of Telugu people in both Andhra Pradesh and Telangana, will go a long way in inspiring people in serving the society.

Earlier, in his opening remarks, G.V.D. Krishna Mohan, Advisor to Government (Communications), said the awards were designed in a special way to make them look better compared to the civilian awards instituted in other states.

Observing that farmers, artistes, laborer, social workers and others who work in different spheres in the society are all heroes in their own way, he said the Screening Committee worked hard in selecting the organizations and individuals who walked the extra mile for betterment of the society selflessly and thanked the Chief Minister for his support in the process.