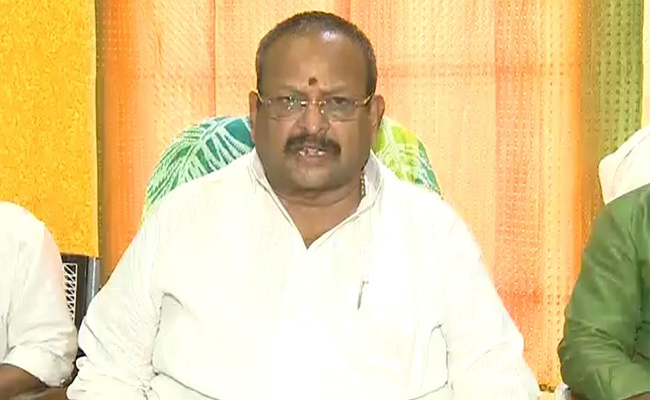 CM, others congratulate Dy. Speaker
Amaravati, Sept 19: Chief Minister YS Jagan Mohan Reddy has congratulated K Veerabhadra Swamy on being elected Deputy Speaker of the Andhra Pradesh Legislative Assembly and said his Government is committed to the concept of social justice system.
The Chief Minister said that Swamy who was elected to legislative assembly 2019, and 2004 and to the Council had been loyal to the Party and worked with commitment. Veerabhadra Swamy replaced K Raghupathi and the Chief Minister acknowledged the latter’s contribution in conducting the House. He also made way to balance the social equations.
Veerabhadra Swamy, who was elected from Vizianagaram constituency, was taken to the podium by Chief Minister YS Jagan Mohan Reddy, Ministers Dharmana Prasada Rao, Botsa Satyaranaryan, besides K Atchanmnaidu.
Several members lauded Veerabhadra Swamy on being elected to the Deputy Speaker post.
The newly elected Deputy Speaker thanked the Chief Minister and the members for electing him unanimously and said the he will give his best to maintain the decorum of the House and sought the cooperation of members.