Decentralization, only way for development 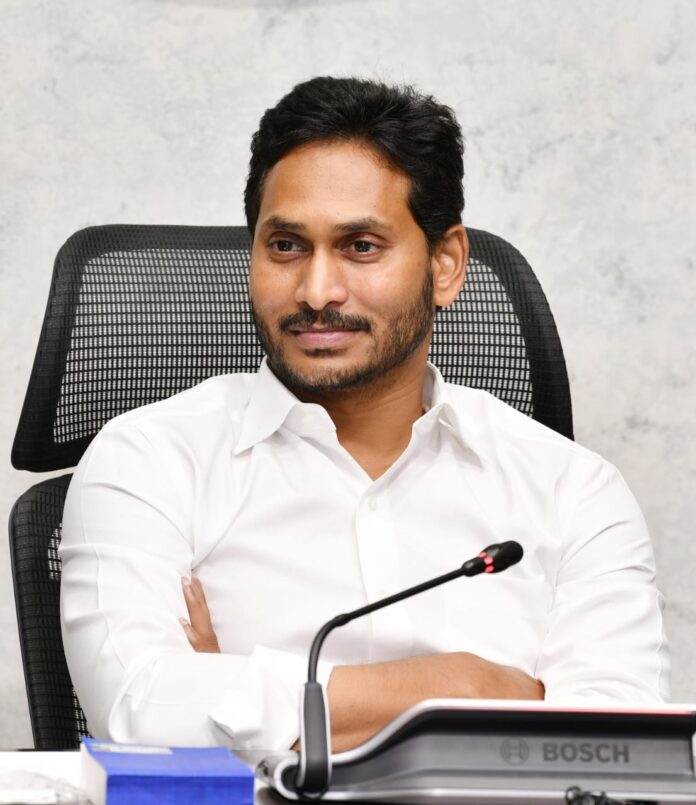 Ap Cm clarifies in Assembly
Vizag could be the natural choice; Ys Jagan
Amaravati, Sept 15: Affirming that decentralization is the only way for all round development, Chief Minister YS Jagan Mohan Reddy said that he treats all regions equally and Vizag could be the natural choice as it is the biggest city in the State with readymade infrastructure and dubbed the Opposition hue and cry sloganeering as a sham and sheer opportunism.
Participating in the short discussion on decentralization and administrative reforms on the opening day of the Assembly session here on Thursday, the Chief Minister lambasted the Opposition and its friendly media for the sloganeering on the capital city that was not built and could not be built by Chandrababu Naidu and said with a little boost Visakhapatnam would be the natural capital with an investment of Rs 10,000 crores which is less than ten percent of the estimate of the previous government to build the perceived capital city.

For the 53,000 acres of land, Chandrababu Naidu has estimated an expenditure of RS 1.10 lakh crores for basic infrastructure and all that he could spend was just Rs 5,500 crores and that is the amount any government can spend and the previous government has kept Rs 2,297 cores as pending for us to clear, he said. Taking a dig at the ongoing agitation, he said it is not for the development of Scs, STs, BCs or Minorities but to safeguard the interests of wealthy class.

There is no much difference between the State budget of the previous and our governments and it is around Rs 2.50 crores. Then why didn’t the previous government take up programmes like Amma Vodi, YSR Asara, Cheyutha, Rythu Bharosa and give Rs 1.65 lakh crores DBT under various schemes and how it could be possible for us, it is a matter of commitment and priority. While welfare of weaker sections is our priority, the welfare of only a section of society was the priority of Chandrababu Naidu.

The State in our view is the entire stretch of 1.62 lakh sq. km radius but not the 8 km radius of which there has been an agitation of late, the state consists of 3.96 crore acres and not just 50,000 acres and farmers of these lands along with all those who are benefitting through Rythu Bharosa are the farmers.
But he ‘Gang of Four’ has been spreading false notions and wanted to concentrate development in one region only besides writing and showing highly biased and opinionated stories.

I have been telling about the decentralization time and again. From setting up of village and ward secretariats to doubling the districts to 26 we have shown what decentralization could be and it has been doing wonders and during the calamities, the welfare delivery mechanism has been working well and effectively, he said.
Hitting hard at the ongoing Yatra by farmers, sponsored by Chandrababu Naidu and the Big Four, with funny slogans, he said that it is only to provoke people of other region to raze a blaze.

Personal interest is selfish, while thinking that all should be good is society, he said and concluded that decentralization policy being implemented and is the policy of Government. Stating that he is not against this region, he said that two more capitals will be added to the present Amaravati but he has never said that this should be taken away. People have acknowledged the view with a landslide in the polls held after 2019 general elections, he said.