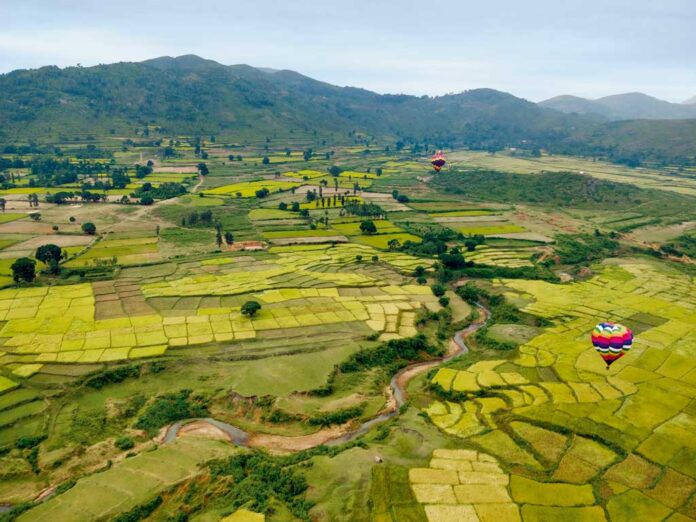 (Dr Shankar Chatterjee, Hyderabad)
In the first part of September 2022, I had the opportunity to visit Alluri Sitharama Raju District also known as Alluri district earlier known as Vishakhapatnam district. Visakhapatnam is very famous in many respects – there is a great port, Simhachalam temple, Kailashgiri, Ramakrishna Mission, Kali Mata temple, real Submarine, a great fish market, different types of museums, wonderful beaches, etc., can be found there.
A distinct geographic division
There is a beautiful tourist place endowed with pristine beauty known as Araku Valley. Now Araku Valley and its vicinity have been created by forming a new district known as Alluri Sitharama Raju district. The district presents a distinct geographic division. It consists of hilly regions covered by the Eastern Ghats with an altitude of about 900 meters spread by several peaks of more than 1200 meters. The Anantagiri and Sunkarimetta Reserved Forest, which are part of Araku Valley, are rich in biodiversity and are mined for bauxite. Galikonda hill rising to a height of 1,500 meters is amongst the highest peaks in Andhra Pradesh.

Rampa Revolt
Anyway, I salute the Government of Andhra Pradesh to rename the area in the name of great freedom fighter Alluri Sitharama Raju (born on 4 July 1897) who was brutally killed by the British in the year on 7 May 1924 for his role to fight against the British rulers for freedom of the country. Inspired by the Revolutionaries of Bengal, he led the ‘Rampa Revolt’ to fight against the discriminatory practices of the British. So, my respectful salute to persons like their sacrifice we are enjoying in an independent country.

A case of income generation
A Case of Income Generation at Araku Valley: Tourism in Araku Valley has been providing jobs to many through primary, secondary, and tertiary activities. Only one case of earning income by selling masalas and coffee is being presented here. Smt Rani (30 years old, ST of Nokadora community) manages her family of three children -two sons and one daughter, and husband i.e. altogether five members by selling different types of local masalas/spices and coffee powder and coffee seeds on the roadside stall. She hails from nearby Beespura village, Anantagiri Mandal of Alluri Sitharama Raju district. On 12 September 2022, I directly interacted with her. She informed that by selling the items her monthly earnings were hovering around Rs 12,000 but the same is only for five months from September to January. In other months, her average monthly earning was around Rs. 4,000.

They do not have any agricultural land and the husband works as agricultural labour. The Government gives the family 25 kilograms of rice at the rate of one rupee one kilogram. So, the family has to pay only Rs. 25 for 25 kilograms of rice. During the course of my visit, across Araku Valley I interacted with many stakeholders, I was told thousands of families have benefited (earning income) because of tourism. Here Smt. Rani is one of the cases.
Tourism is the best industry
Since I have visited different parts of our country and many countries, I have observed tourism is the best industry for employment generation and the greatest advantage is that natural resources are not disturbed. So, I suggest to all the State Governments to give importance to tourism. (Author is former Professor & Head (CPME), NIRD & PR ( Govt. of India), Hyderabad)
(The author expresses his gratitude to Dr. P L K Murthy, Proprietor, Visakha Ads, Chairman, Public Relations Society of India, Visakhapatnam Chapter for his support to visit the area)