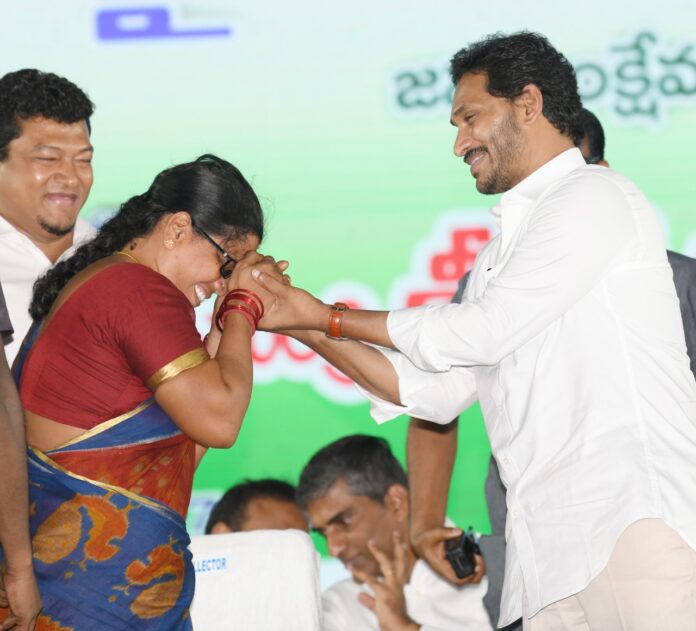 He said that the scheme was not mentioned in the manifesto, yet it was initiated to benefit women by providing financial assistance of Rs 15,000 per annum, similar to YSR Cheyutha to empower women with business opportunities, and stated that the government is working for the welfare of these communities.

Drawing a comparison with the previous TDP government, he said that only Rs 400 crore per annum was spent for Kapu, Balija, Telaga and Ontari castes in TDP rule, while the current government had almost spent over Rs 32,296 crore in the last three years through both DBT and non-DBT schemes benefiting lakhs of people.

He stated that through DBT, funds of welfare schemes are being directly deposited into the beneficiaries’ accounts without any corruption or discrimination and said that DPT( Dochuko, Panchuko, Thinuko) was effectively implemented during Chandrababu’s regime.

Taking a dig at the gang of four including Chandrababu Naidu, Pawan Kalyan, and a section of the media, the Chief Minister said that they were all trying to mislead people and secure power. He said that Pawan has been trying to sell the Kapu votes to Chandrababu. He asked people whether they want DBT governance or Chandrababu’s DPT rule.

Recalling his tour in North Andhra Districts during the Hud-Hud cyclone, the Chief Minister said that Chandrababu had only distributed stale pulihora packets to the flood victims and provided ration of 10 kg rice to selected members by Janmabhoomi Committees.

Unlike the previous government, the current government had put officials on high alert, distributed ration supplies of 25 kg, and even provided financial aid of Rs 2000 to every affected family, he said, adding that Chandrababu could not show a single person who didn’t receive these benefits. He called on the people to decide whose rule they want.

On this occasion, he sanctioned development works in the district.