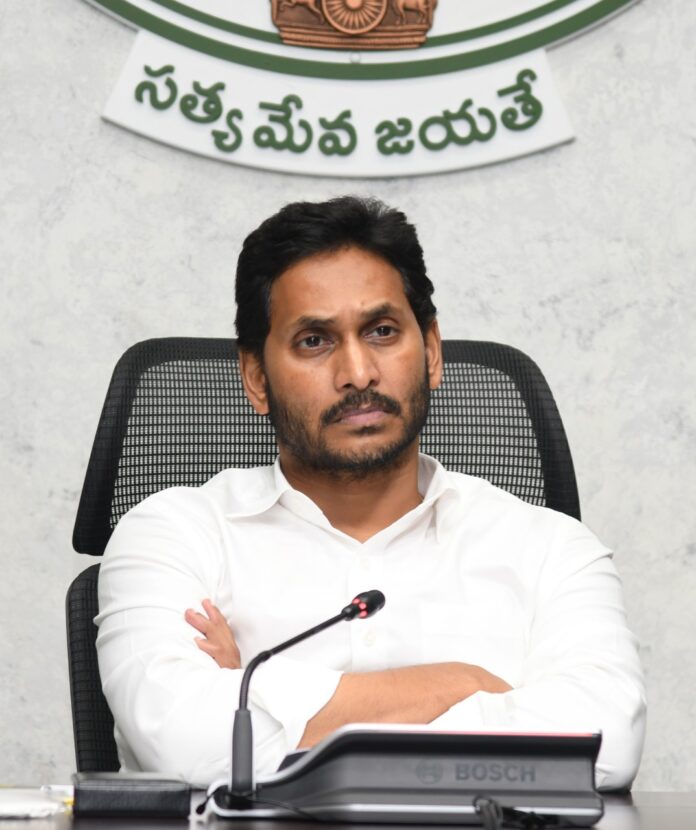 Directed to appoint a senior official
Rs 2000 and 25kgs rice to flood victims
Amaravati, July 15: Chief Minister YS Jagan Mohan Reddy held a video conference on the Godavari floods relief measures with the concerned officials after conducting an aerial survey in the flood-hit districts on Friday.
Reviewing flood situation, the Chief Minister directed the authorities to appoint a senior official for each flood-affected district to monitor the situation along with relief measures and cautioned them to stay on high alert for the next 24 hours as the water inflows are likely to increase. Also, he instructed all the secretaries to consider requests of the district authorities and provide them on a war-footing.

The Chief Minister asked the officials to focus on evacuating people from inundated villages, and those adjacent to the banks of Godavari and shift them to relief camps. He told the officials to be prepared with materials like sandbags to put near ridges and flood walls. He directed to provide assistance to the families of the flood victims at the rate of Rs 2,000 each along with essential items of 25 kg rice, one kg dal, potatoes, onions, palm oil and milk in the next 48 hours.

He instructed authorities to use helicopters in emergency services and asserted to take adequate measures for addressing sanitation and drinking water issues. The Chief Minister asked them to take all necessary precautionary measures to prevent damage and ensure that all types of medications, including injections for snakebites, are available at PHCs, Area Hospitals, and District Hospitals, along with generators to meet emergency services without any interruption. He ordered that due priority be accorded to avoid disruptions in the communication system by supplying diesel to cell phone towers for uninterrupted service. He stressed that quality services have to be provided at the relief camps for the flood victims.