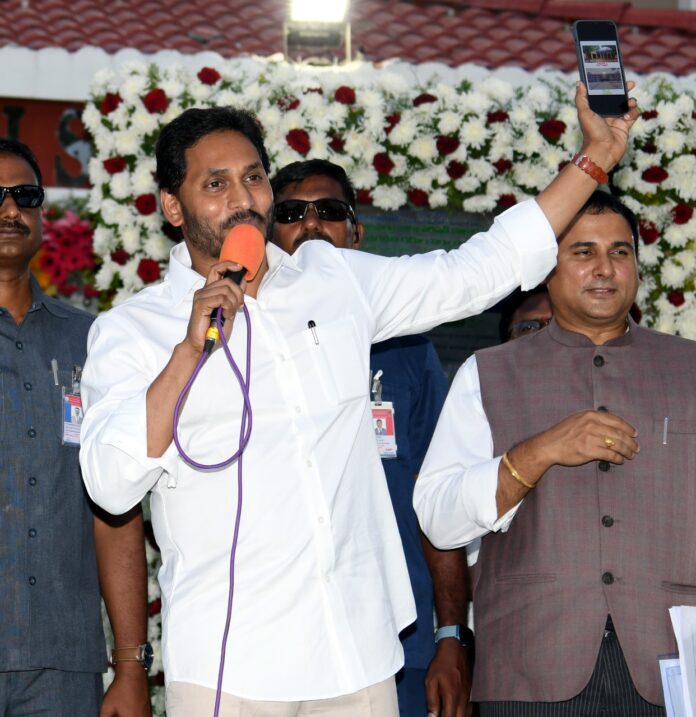 Sanctions will be Basing on University
Amaravati, July 11: Andhra Pradesh Government has issued new guidelines for Jagananna Videshi Vidya Deevena which would benefit more students on saturation mode.
According to the new guidelines the financial assistance shall be sanctioned to eligible students who get admissions in any of the top 200 universities as per the latest QS world university rankings.
Those getting into top 100 Institutions/Universities shall be eligible for financial assistance of 100% of tuition fee and for those who get admissions into the universities ranked from 101 to 200, will get 50 per cent of the tution fees or Rs 50 lakh whichever is less.
The scholarship shall be payable in four equal instalments for PG courses. The first instalment shall be payable to the students on producing Immigration Card (landing permit / I-94 card).
The second instalment would be paid on producing the First Semester/Term results, the third on producing the Second Semester results and the final instalment shall be released after successful completion of Fourth and Final Semester and uploading the marks sheet in the online portal.
In case of Ph.D/MBBS courses, further instalments will be released, based upon production of their preceding year/semester results.
As far as the income criteria is concerned, the family income shall not exceed Rs.8.00 lakhs per annum and the student should be a resident of the State and age shall not exceed 35 years.
Only one person per family is eligible for the scheme and the notification will be given between September-December and January-May while a Committee headed by Chief Secretary will finalise the candidates.
When compared to the previous government, in 2016-17, of the selected 3,326 candidates Rs 318 crore was kept pending. During Chandrababu Naidu government, the scheme was not available for EBC which is now included.
The income limit has been increased by the Government to Rs 8 lakh from Rs 6 lakh.
During the previous government, the scheme was applicable to only a few countries but it is applicable to top 200 universities falling in any country. During the previous government the fees reimbursement was Rs 15 lakh each to SCs, STs and Minorities and Rs 10 lakhs to BCs and Kapus.
But now the fees reimbursement is in full for those getting admission in to 100 universities and Rs 50 lakhs each to those getting into Universities ranking from 101 to 200. The previous government has put a limit on the number to 300 SCs, 100 STs, 400 Kapus, 1,000 BCs and 500 Minorities but now there is no such limit.
The Vigilance and Enforcement Wing has found many irregularities in the implementation of previous government’s Videshi Vidya scheme. The selection of candidates was not done properly, the students have changed the University and the Country they were supposed to go even without informing the authorities. In some cases, it was found that students returned without completing the intended course after receiving the money. More than one person from the same family have availed the scheme against the norms. Some of them have given false addresses.