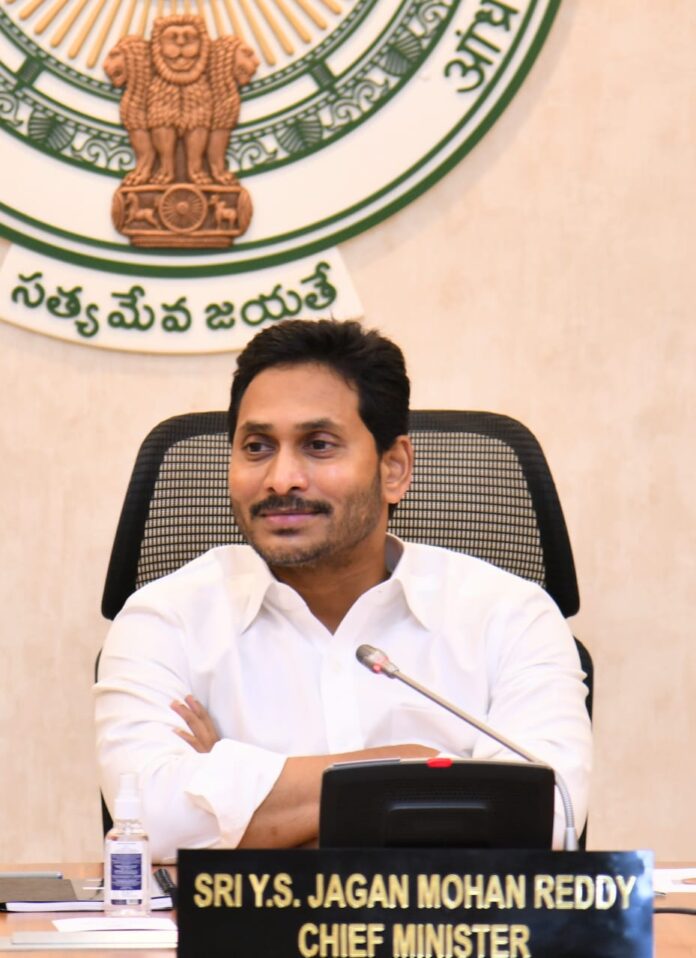 Ap Cabinet takes key decisions
Amaravati, June 24: Andhra Pradesh State Cabinet, chaired by Chief Minister YS Jagan Mohan Reddy, on Friday, has taken several key decisions which include approval for renaming Konaseema district as Dr. B.R Ambedkar Konaseema district, Ammavodi, the pact with Byjus, and Green Energy Project of 3,700 MW plant.
Briefing media after the cabinet meeting, Minister for Information and Public Relations Chelluboina Venugopala Krishna said the cabinet has approved Jagananna Ammavodi where Rs 6594.6 crore will be disbursed benefiting over 43 lakh mothers for sending their children to schools. He said the State government is committed to providing quality education and thus made a pact with Byjus to guide students studying from classes 4-10, adding that the cabinet had approved providing Tabs to 4.7 lakh students studying class 8.

The Minister stated that the welfare calendar for July 2022 was approved, where Jagananna Vidya Kanuka will be given on July 5, YSR Vahana Mitra on July 13, Kapu Nestam on July 22 and Jagananna Thodu on July 26.
Asserting that the government doesn’t shirk its responsibilities in providing welfare schemes, he said that all the welfare schemes are being implemented in a transparent manner and even giving an opportunity for the eligible people to reapply for the schemes if they were left out.
Besides, the cabinet gave a nod to renaming Konaseema district as Dr. B.R Ambedkar Konaseema district, said the Minister adding that ZP Chairpersons of 13 districts will continue as Chairpersons for 26 districts.

He said that power subsidy for aqua farmers having up to five acres has now increased to 10 acres. Further, an R & R package for the displaced families of Vamsadhara Project of Rs 216.71 crore was approved. It also gave a green signal for the changes made in the PRC GO, as per the recommendations made by the committee.
Also, permission was granted to the Green Energy Project being set up in Andhra Pradesh with an estimated cost of Rs 15,000 crore to generate 3,700 MW of power in a phased manner. Approvals were accorded for the recruitment of 3530 jobs in medical colleges along with 2558 jobs in hospitals under AP Vaidya Vidhana Parishad across the State. The cabinet approved providing a Group-1 job to Arjuna Awardee Jyoti Surekha and appointing her as a Deputy Collector.