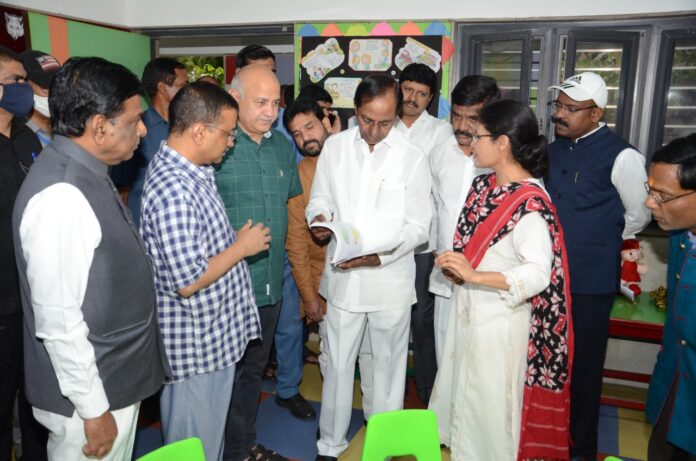 Director of Education explained that Delhi Government Schools Principals and Teachers were sent to Singapore, Finland and Cambridge for their training.

He also explained that Happiness Curriculum implemented in Delhi Government Schools is enhancing the positivity level of schools going students.

He said that the Business blasters Program was inculcating entrepreneurship skill among the children.

Around 488 Aam Aadmi Mohalla Clinics are already functioning in Delhi and 200 hundred more Mohalla Clinics will be functional by September this year. Chief Minister K. Chandrashekhar Rao expressed satisfaction at the endeavor of Delhi Government to improve the quality of education and healthcare facility in the Capital.