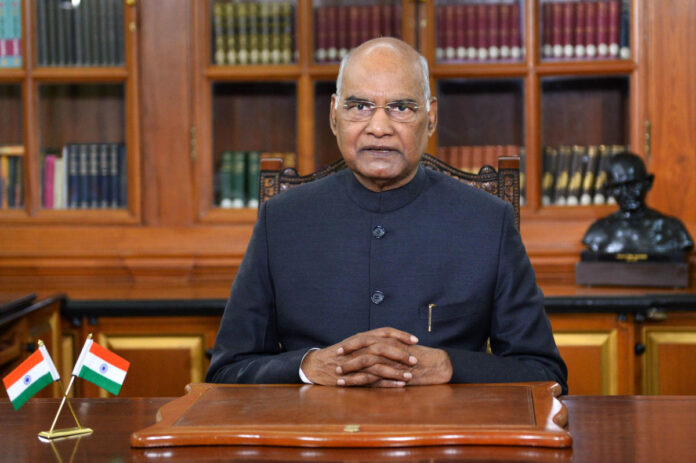 Who will be the next President?
Kovind and Venkaiah’s terms come to an end in July and August
will Kovind get another chance?
What Modi is thinking about Presidential candidate?

Does BJP have a majority to elect the new Rashtrapathi?
The BJP has a simple majority to get any candidate elected as Rashtrapathi. But it is always safe to get the support of other opposition parties. In 2017, BJP got the TRS, YSR Congress, Naveen Patnaik BJD, ADMK and some other parties to support Ramnath Kovind. The big surprise supporter was chief minister of Bihar Nitish Kumar, who was with the opposition.

But the BJP will try to get maximum support by choosing highly qualified and acceptable candidates. Right now, it looks as if the opposition will only put up a symbolic fight. If the BJP did not have a majority, then a candidate like Sharad Pawar might have jumped into the race.
There is also the possibility that the opposition maybe divided. Not every opposition party supports the Congress Party. So unless the opposition candidate is widely acceptable, there might be a divided Opposition, which will make things easy for the BJP.
Possibilities
A. The BJP might decide to repeat the same President and Vice-President candidates. That is possible ,but highly unlikely. Except in 1957, when Rajendra Prasad and Radhakrishanan were repeated, it never happened in Indian politics.
B. The BJP could re-nominate President Ramnath Kovind alone, as he belongs to the weaker sections and has been a great president. He had great dignity and never got into any controversies.
C. The BJP could nominate Vice-President Venkaiah Naidu. Vice-Presidents usually became candidates for President. But then again, the BJP will have to take into consideration politics and also how its potential allies will react to Venkaiah Naidu’s candidature.
D. The BJP may also accept a suggestion of the opposition and agree to a consensus candidate. When Atal Vajpayee was Prime Minister in 1992, BJP accepted the suggestion of Opposition leader Mulayam Singh Yadav and nominated Abdul Kalam for President. By agreeing to an opposition Muslim candidate, BJP won that election with 90% votes for Abdul Kalam. So there is gain in getting a consensus candidate.
E. There is also talk of a minority Muslim personality for the post of Vice-President. The names of Arif Mohammed Khan, Governor of Kerala and Congress leader Ghulam Nabi Azad are going around. Both will get wide support and will enhance the image of India across the world. Since Vice-President is Chairman of the Rajya Sabha, BJP will select an active politician for Vice-President.

Political options for the BJP
The BJP would like to use the Rashtrapathi and Upa-Rashtrapathi elections to widen its social base and influence across the country. The BJP had grown in many areas and in new social groups. But there are still large gaps and the BJP might use this electoral opportunity to gain popularity. There is a big chance for the Rashtrapathi candidate to be from a marginal group and most probably a woman.

There was also another instance where a President , who won with the support of the Congress, then turned against it seriously. Giani Zail Signh was elected in 1982 as a congress candidate. But when Rajiv Gandhi became Prime Minister in 1985, Zail Singh developed serious differences with Rajiv Gandhi and they were not even on talking terms in the end.

Power is very strange. The best of friends become enemies and the worst of enemies become friends.
Thankfully in India, nearly all the Presidents behaved with great dignity and patriotism and worked well with any party who came to power. Naturally, the government would like a President, who will not become controversial . Ina country of 135 crores, it will not be hard to find such candidates. India will surely get a good president. (Author is a prominent political analyst)